Dr Petelin has extensive experience with Intralase. During your consultation with him, you will learn in greater detail the advantages it affords to those patients well suited to the LASIK procedure. If you have been waiting for that one “advance” that makes surgery a possibility, with Intralase, LASIK has never looked better.

Dr Petelin founded Petelin Vision in 2002 to fill a Valley need for a leading eye center under one roof and dedicated only to the highest standards of patient care and technology in the field.

As a surgeon, Dr. Petelin is uniquely qualified. He received his medical degree from the University of Arizona and completed his Ophthalmology training at one of the nation’s most prestigious programs: Emory University. Even more importantly, Dr. Petelin is one of only a handful of vision correction specialists trained specifically in Cornea and Refractive surgery. He received this training in Kansas City.

Locally, Dr. Petelin is recognized by his peers for providing top level surgical eye care. He lectures frequently on topics pertaining to new technology and consults with valley doctors on difficult and challenging cases. His practice has been a leader not only in the Valley but nationwide over the past five years. During that time, Petelin Vision has earned a reputation for progressive surgical techniques and became a national leader in “flapless” surgical laser vision correction. This was quickly followed by becoming the second Valley practice to incorporate Intralase and the first in Scottsdale. 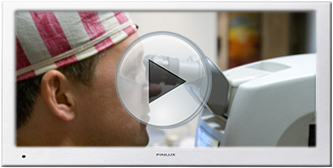